Romney knew about Mali, why didn’t you? 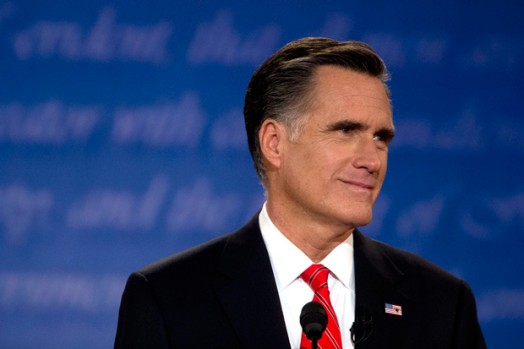 Remember when Mitt Romney said we should pay attention to Mali in the debates?

With the Arab Spring, came a great deal of hope that there would be a change towards more moderation, and opportunity for greater participation on the part of women in public life, and in economic life in the Middle East. But instead, we've seen in nation after nation, a number of disturbing events. Of course we see in Syria, 30,000 civilians having been killed by the military there. We see in -- in Libya, an attack apparently by, I think we know now, by terrorists of some kind against -- against our people there, four people dead.

Our hearts and -- and minds go out to them. Mali has been taken over, the northern part of Mali by al-Qaeda type individuals. We have in -- in Egypt, a Muslim Brotherhood president. And so what we're seeing is a pretty dramatic reversal in the kind of hopes we had for that region. ...

But we can't kill our way out of this mess. We're going to have to put in place a very comprehensive and robust strategy to help the -- the world of Islam and other parts of the world, reject this radical violent extremism, which is -- it's certainly not on the run.

Twitter was on fire... much of it mockery and some saying he has no grasp of geography:

Mitt, you do know that most of America thinks Mali is one of Obama's daughters, right?

Mitt Romney thinks that Mali is in the Middle East. No grasp of geography. Check. #debates

Romney seems to think Mali is in the Middle East #debate

Um, Mali - why does Romney care about Mali?

FLASHBACK: Obama claims he has traveled to 57 states:

Maybe we should have listened?